Outstanding value and service in the self-storage industry

Tracy has spent four decades pursuing opportunities in all aspects of the real estate industry. From Honolulu to Nantucket, McAllen to Miami, and everywhere in between, Tracy has developed and managed self-storage facilities, business centers, shopping centers, commercial developments, multi-family housing, and office buildings.

In 2013, Tracy founded Move It and transitioned his core team from his previous enterprise, Watson & Taylor Self Storage. Tracy uses his expertise and extensive experience from weathering two recessions to guide Move It’s acquisitions, investor relations, and capital markets programs.

Tracy is a past President, Secretary, and Treasurer of the national Self Storage Association and is currently on the Board of Directors for the Large Owners Council of the Self Storage Association. He is a graduate of Southern Methodist University and an Elder at Park Cities Presbyterian Church. Tracy has been married for 43 years with five children and thirteen grandchildren.

Operating and acquiring successful storage properties—whether one or a hundred—revolves around people, facilities, revenue management, marketing, and budgets. So Tim spends his days juggling many facets of Move It’s business, usually on the road working directly with his team and scouting new opportunities.

Before joining Move It, Tim practiced law, first in Fort Worth for the U.S. Bankruptcy Court as a law clerk and then in the courtroom and in the boardroom for Norton Rose Fulbright US LLP. Working for a global law firm with start-ups to multi-nationals as clients taught Tim that solving a problem is not about the size of the company; instead, it is about the right team with the right resources focusing on the right issue.  Before law school, Tim was a financial analyst for Watson & Taylor Self Storage.

Tim graduated with honors from both the SMU Dedman School of Law and the Hankamer School of Business at Baylor University. During law school, Tim was a locally, regionally, and nationally decorated moot court competitor. Storage has not suppressed Tim’s advocacy interests, and he remains active at SMU by coaching national champion teams and teaching persuasive writing. Tim is married with three boys that, along with cooking, golfing, and music, fill the rest of his hours.

Anne directs the Move It accounting program, overseeing all accounting functions, investor and financial reporting, budgeting, banking, cash management, taxation, and technology. Before joining the storage industry, Anne worked for a division of Chase Bank (formerly known as Bank One) liquidating assets for the FDIC, during which time she became a Certified Public Accountant. She later moved to Cleveland and worked for a division of Key Corp. until moving back to Texas to raise her family.

Anne joined Move It’s predecessor, Watson & Taylor Self Storage, in 2011 and transitioned to Move It upon its formation. Anne’s business instincts and penchant for scrutiny—a skill honed as a mother of four—make her a key asset for strategic planning. Anne’s guidance has been instrumental as Move It has experienced significant growth, doubling in size by property count every two years since its founding in 2013.

She is a proud graduate of The Ohio State University with a Bachelor of Science degree in Accounting. Anne has been married for 25 years and has four children.

Diane is responsible for all aspects of the Human Resources area, including compensation and benefits, workforce planning and employment, policy formulation, safety, and employee relations.  She spent four decades in a variety of roles with Move It’s predecessor, Watson & Taylor Self Storage, before transitioning to Move It upon its formation.  Diane is deeply committed to providing Move It employees with the support they need to develop and grow in their career with Move It Storage.

Diane is a proud graduate of The University of Texas at Austin.  At the time, she was the only woman invited to participate in the new Business Honors Plan, and she became the first woman to graduate, majoring in Business Management and minoring in Psychology.

Tom has walked the aisles of hundreds of storage properties since joining Move It’s predecessor, Watson & Taylor Self Storage, in 2003. Tom uses that expertise and his imagination to manage the improvement and expansion of Move It’s facilities, always with the customer experience in mind. Before storage, Tom enjoyed a career in domestic and international risk management and program management of telecom network facilities.

After growing up in Athens, Texas, Tom is fluent in several accents, drawls, and twangs. He loves telling stories and interacting with Move It’s over 120 team members. Anyone that has traveled with Tom knows he is always on the move, plodding efficiently and effectively through a market to drill down to the heart of an issue. And they also know about Tom’s knack for finding the best diners, drive-ins, and dives along the way.

Tom is a popular speaker and writer on a variety of subjects impacting successful self-storage operations and contributes regularly to the national and Texas Self Storage Associations, as well as other state trade associations. Tom has been married to his high school sweetheart for  50 years, and they have two children and five grandchildren.

Katherine keeps the pulse of self-storage markets across the country, analyzing dozens of acquisition opportunities every week and managing Move It’s broker relationships. Move It and third parties retaining Move It’s consulting services rely on Katherine’s experience in diagnosing markets’ storage demand and projecting, acquiring, and selling successful storage projects. She is also actively involved in property onboarding and the ongoing monitoring of the managerial and financial performance of Move It’s portfolio.

An Alabama native, Katherine graduated from Auburn University with a Bachelor of Science degree in Business Management & Administration. When not running a financial model, Katherine enjoys exercising, hunting, spear fishing, scuba diving, and spending time with her nieces and nephews.

Before storage, Vanessa spent thirteen years supporting top producing brokers and C-level executives at two large commercial brokerage groups.  Her time working in deal-driven environments helped her learn to always be kind, to remain humble, and to never ask someone to do something that you would not do.

Away from the office, Vanessa spends time with her husband of 11 years and their two daughters, typically running to various sporting activities on the weekends.  She also enjoys party planning and scrapbooking. 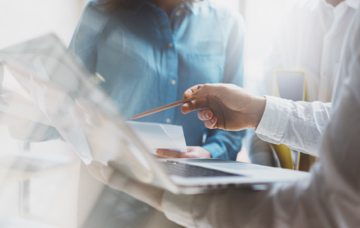 The Move It Team consistently seeks to deliver a stress-free, self-storage experience... 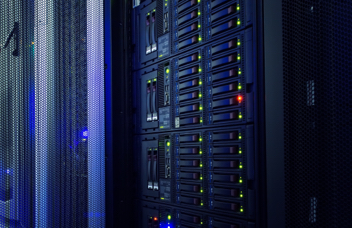 Keep up to date on important information about Move It Storage... 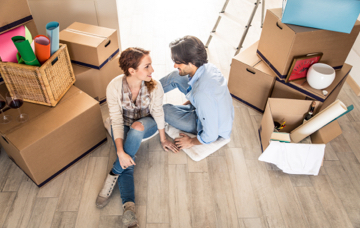 The ultimate PRO Partnership in the self-storage industry...

By using this website or closing this window, you agree to our use of cookies, including cookies for our marketing efforts. Learn more. California residents: We collect personal information subject to the California Consumer Privacy Act. Learn more.